Solar panels prices, production, and supply are poised to continue to be in turmoil in the midst of the Coronavirus outbreak.

While the primary concern is the health and wellbeing of the populous at large, there’s no denying that the Coronavirus is also beginning to wreak havoc on the stock market and economies across the world—and the solar sector is not exempt.

Since the outbreak continues to rapidly spread, the United States’ stock market has dipped to its worst point since 2018. Industry thought leaders fear that solar prices and stocks are not far behind. How solar is affected

Chinese citizens have been in a mandate lockdown in hopes to combat the spread of the disease. This means manufacturing plants and businesses sit vacant or not fully staffed, including solar panel production facilities.

The majority of the United States’ and the world’s solar panel production hails from China. For weeks no one was going to work, but now slowly workers are returning. Still, manufacturers won’t be operating at full capacity which can slow and delay production targets.

“If you look at it 60 to 70 percent all solar production comes out of China,” said Clark Sackschewsky

, national leader of BDO’s Natural Resources practice. “So if China is closing manufacturing facilities, this means fewer exports in all industries. The solar panel industry will be affected greatly.”

Slowed production can lead to pausing and delays of large products, an increase in solar panel prices, and companies not being able to fulfill installations. Battery production is also likely to be affected, as China is the top producer of these, as well.

Trina Solar declined to comment for this story through a representative. Candian Solar did not respond to request for comment, nor did Suntech Power in time for publication of this article.

Stock market plummet, solar up and down

The Federal Reserve cut interest rates on March 3 in an attempt to protect the stock market as a whole. Stocks momentarily rebounded, but then dipped again.

These market reactions stem from China’s power in the world economy. Even behemoth American companies are facing large potential losses. In late February,  Apple reported it would not hit its quarterly projections because of manufacturing issues in China.

“The solar industry will be in lockstep with everyone else being affected,” Sackschewsky said. “They’re no getting the Coronavirus priced into stocks, which it wasn’t before, and now there’s an adjustment.” Canadian Solar (CSIQ) was up on March 3 by 3.3 percent, by described as “bearish” in the short term by Yahoo Finance.

Suntech Power and Trina Solar are private companies. China Sunergy is not on the United States’ stock market.

“If you have a supply chain or do business with China it’s affecting the top and bottom line,” Sackschewsky said. “An adjustment will be expectations there’s nothing a business can do to protect other than seek a new supplier, and that may affect the cost.”

The Coronavirus outbreak in China has created a shortage of solar wafers and module glass, meaning it’s harder to build the solar panels. For companies that want to finish solar installations on time or promised homeowners a roof-top installation within three months before summer begins, demand and prices will rise.

Sackschewsky said this can end up delaying residential projects and forcing companies to tightly manage cash flow while the virus’ outbreak continues.

The spread of the Coronavirus in the United States is still in its infancy as officials strive to contain the spread. While it remains unseen how the virus will affect work here in the United States, there are some home-grown options for solar panel production.

Companies such as Tesla and Panasonic have a facility in Buffalo, NY, Solar Tech Universal in Riveria Beach, FL, and Mission Solar in San Antion, TX, to name a few, have large footprints in the United States. However, as demand increases, prices could go up.

What U.S. solar companies can do to protect against coronavirus

There’s nothing that United States-based solar companies can do about the supply chain issues from China, however, there are steps they can take internally to protect against the backlash the virus will cause if it continues to linger, Sackschewsky said.

Companies can temporarily try to switch solar panel suppliers to companies based in the United States. They can also accept that some projects might be delayed, and work to refinance and adjust the schedule accordingly. For residential solar companies, they may have to dip into any supplies of panels they have and re-adjust customer expectations for how long it will take for a home array will be installed.

As for handling their workers, companies should encourage sick employees to stay home and order anyone who has traveled to countries with an outbreak to self-quarantine for 14 days upon returning.

“It’s one of those things in the US we have to be diligent and pay attention to what’s happening,” Sackschewsky said. 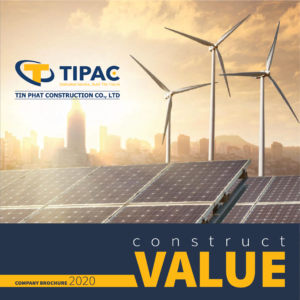